I don’t remember the exact date when I met C.’s parents for the first time; it must have been around October 2012. We had been dating for a few months before he told his family about me. When he did, he was relieved to know that they were eager to meet me (particularly his grandma, who had never met a foreigner and thought it was very exciting!). So he arranged a dinner in a restaurant (Grandma didn’t come this time, just his parents). We went to the subway station to pick them up and I was totally cool, but his mum was pretty nervous! I guess she wanted me to have a good first impression of her, haha. She brought me a huge woollen shawl that I ended up using as a blanket for our sofa (it is really big!). After that first time we started going frequently to visit them at home and I got to meet Grandma. We can’t communicate much as she only speaks Suzhou dialect, but she is a sweet lady. 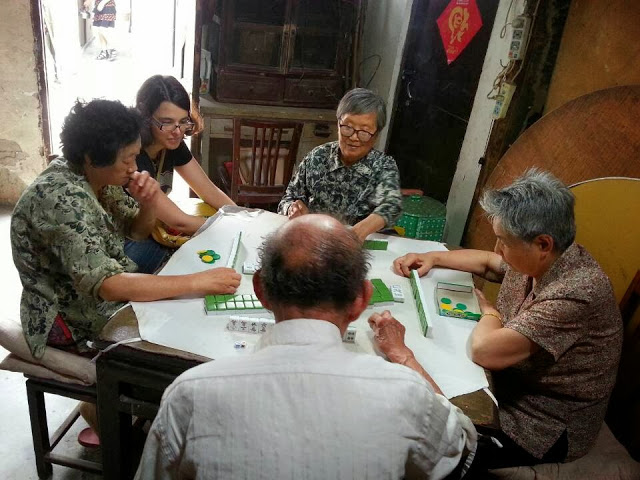 Grandma’s favourite pastime is playing mahjong with her neighbours. (Grandma is the one with glasses).

C. met my parents last January, when we went to Spain during the Chinese New Year holidays. C. doesn’t speak much Spanish and my parents can’t speak any Chinese and hardly any English, but they got along very well. 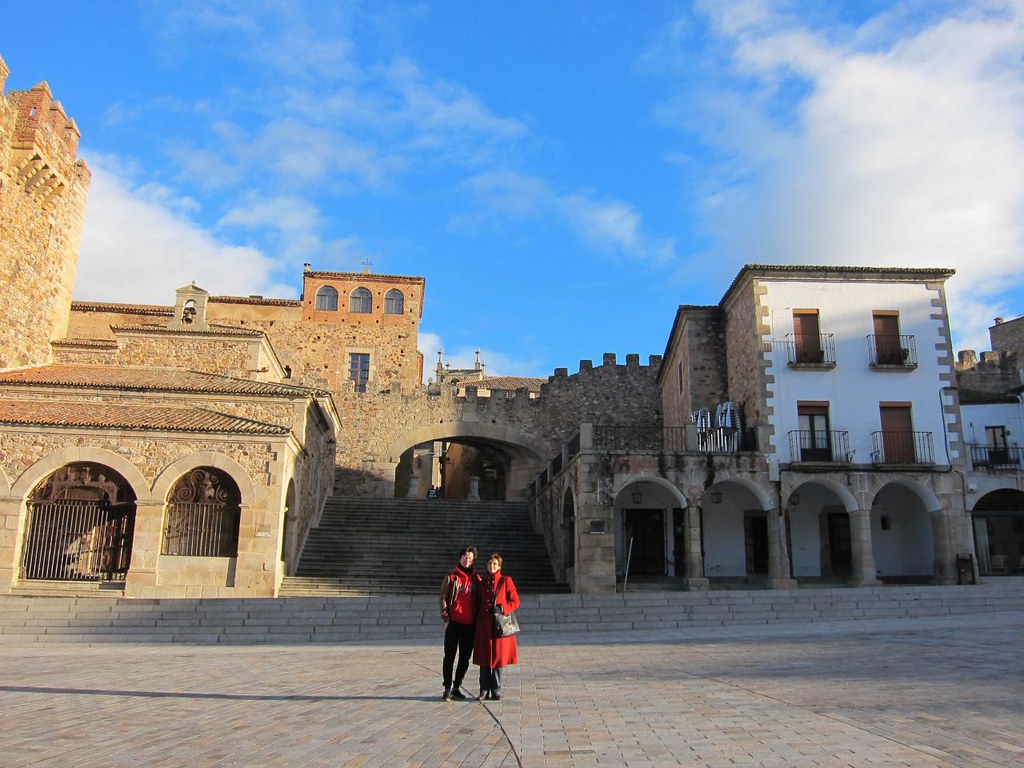 C. with my mum in Cáceres.

C. doing touristy things with my dad in Madrid.

So now we only had one thing left: the parents meeting the parents! And that (partly) happened two weeks ago, when my dad came to visit us. C.’s parents were very excited and took us to a typical Suzhou restaurant. Communication was a challenge and I helped them translate, but basically the conversation was “This is delicious”, “Do you want more beer?”, “Cheers” and lots of smiles and putting things on my dad’s rice bowl.

On the weekend we went to Shanghai. C.’s parents are usually working all the time but they took the day off and joined us. Shanghai is only 80 kilometers away from Suzhou but they hadn’t been there in 25 years!

Last time they went to the Bund 25 years ago, Pudong was still the countryside!

My dad went back to Spain on Saturday night after 10 days here. He brought back a silk duvet that C.’s mum gave him! That woman! She just can’t meet a person and not give them a present!

← Travelling on a Chinese passport
Cleaning in China →

16 thoughts on “Meeting the parents”