After spending several years in Suzhou I noticed that you can guess which month of the year it is without looking at a calendar: you only need to check which fruits are being sold in the markets, or what foods are eating the customers of the restaurants with tables on the street. Many of these products can also be found in other parts of China, of course, but I have never seen people in Beijing or Shanghai raving so much about seasonal products. In Suzhou, you know the second half of May has arrived because you step into the subway and everybody is carrying baskets with loquats; or you realize autumn is here because all the restaurants offer hairy crabs in their menu. So, what are the favourite seasonal products in Suzhou? Here’s the list I compiled:

– Crayfish (小龙虾 xiao longxia): their Chinese name literally means “small lobster”. They start appearing at the end of April and are a big favourite in the small street restaurants. There is one such place right next to my apartment in Shanghai and it is always full. The crayfish are bright red and smell really good! However I was a tad disappointed when I tried them: they are very spicy! So spicy you don’t really get to taste their true flavour (so I guess this means it is not too good). Also, the amount of meat you get is not too much; half of the crayfish is the head! Eating crayfish is definitely a pain in the ass, as you have you crack and slurp and the reward is not that great. People usually eat them with plastic gloves to avoid getting (too) dirty and there is always a basin in the middle of the table to throw the shells in. 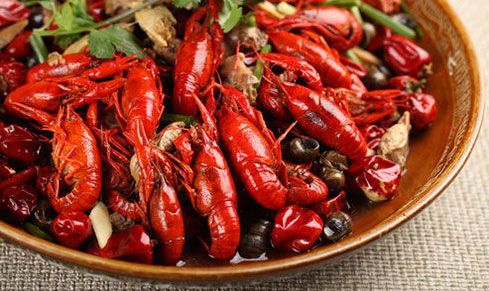 – Loquat (枇杷 pipa): I think this fruit can also be found in Spain but I had never tried it. The season starts in mid May and only lasts for 2 or 3 weeks. Craziness ensues: there is a mountain close to Suzhou with a lot of loquat tree plantations and on the weekends the road there is completely jammed with families and groups of friends driving to the mountain to pick loquats. The peasants from that area have a great business: they grow trees and the city people pay to pick their fruit, so peasants save some time and earn some money! I have never done that. I have never bought loquats either as there is no need: I always get free ones from C.’s company. Many companies give loquats to their customers and employees during the season.

– Sticky rice wrapped in a leaf (粽子 zongzi): they start being sold at the end of May but are traditionally eaten during the Dragon Boat Festival (端午节 duanwu jie), a festivity that is normally around mid June. There are sweet zongzi and salty zongzi; the sweet ones have a filling of red bean and the salty ones have meat and boiled egg. I am a big fan of sticky rice in all of its delicious forms so of course I love zongzi! My favourite are the salty ones. I have been dreaming about them for several months already, I can’t wait for the season to start! In my previous company we would always be given a few zongzi the day before the Dragon Boat Festival. C.’s grandma does them herself and last year she tried to teach me how to wrap them. It is more complicated than it looks! But I think I got one right at least. 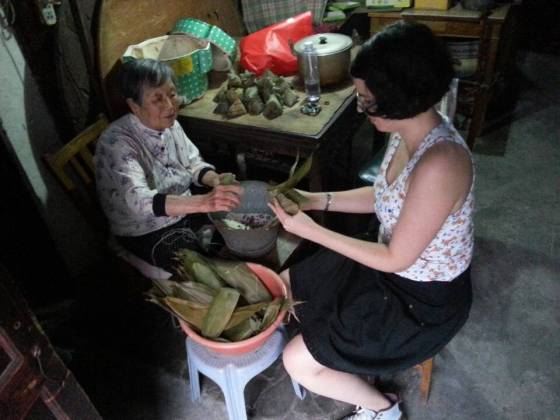 – Waxberry or Chinese strawberry (杨梅 yangmei): their season is also around June; they are already on sale as of now. Companies also give them as gifts to their customers and employees; yangmei season was a party in my previous company as many suppliers would send us boxes. Before eating you have to put them in water with salt for at least 15 minutes so the small white worms that live inside them get out. It sounds disgusting but it is not that bad and yangmei taste quite good. They are also used to do a liquor that according to C. can cure any stomach illness. Given that this liquor is basically rice wine (baijiu) with yangmei inside I think my stomach would get even worse! 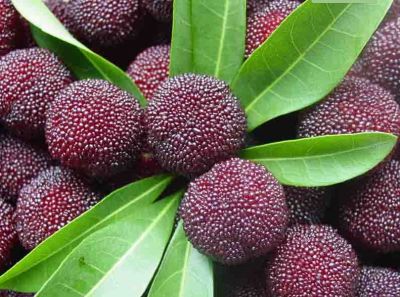 – Watermelon (西瓜 xigua): this needs no explanation, right? Watermelon is a summer favourite all around the world. What was new for me was the way it is eaten in China: with a spoon!

The most typical image of a summer in Beijing is an old man with a white tank top rolled up and showing his belly, eating watermelon and with a straw fan, but as I don’t have such an interesting picture you’ll have to do with just the watermelon and imagine the rest.

– “Chicken-head rice” (鸡头米 jitoumi): such an interesting name comes from the shape of these seeds, round with a small beak-like protuberance. I have no idea if it has an official name in English! According to wikipedia they are the seeds of a water lily. They are cooked in a sweet soup and are soft but a little chewy. I love them! Their season is around September. 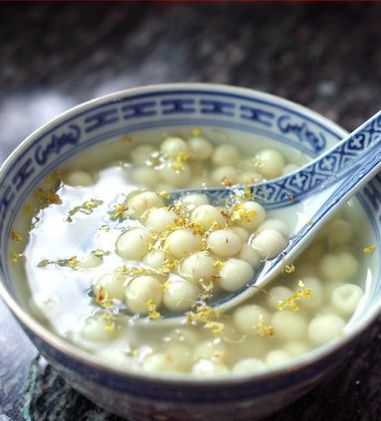 – Hairy crabs (大闸蟹 da zhaxie): these crabs are very appreciated in the whole country and the best (and more expensive) come from Yangcheng Lake, between Suzhou and Kunshan. When October arrives, all the fancy restaurants in China serve them at quite a pricey cost. They are very good, to be honest, but I think all the cracking and slurping (as with the crayfish) is quite annoying. Last time I ate them my MIL cracked all the parts open for me and I felt like a small child. The best piece is a yellow/orange part located inside the female crab’s tummy. They are called hairy crabs because they have some kind of hair in their “arms”.

Have you tried any of these foods? Do you like them?

30 thoughts on “Seasonal foods in Suzhou”