Schengen visa in passport, check. Plane tickets bought, check. Finally everything is ready for our next trip to Spain! We will be there from September 27 to October 10 and it will be C.’s second visit to Spain.

The first time we applied for the Schengen visa I was pretty anxious. You need to present so many documents! I was also scared he would not get it, because he didn’t own a house. But after a month gathering papers here and there (filled form, passport, hukou and photocopies, travel insurance, booked plane tickets, bank statement (mine and his), copy of my residence permit, one invitation letter from me saying that he is coming with me, another invitation letter from my parents inviting us to stay in their home, pictures of the two of us to prove we know each other, letters from both our companies stating how much we earn and, for him, that the company will keep his position until he comes back…) he got it and it only took 5 days! By the way, the consulate doesn’t give back any document, so I wonder what they did with our pictures!! 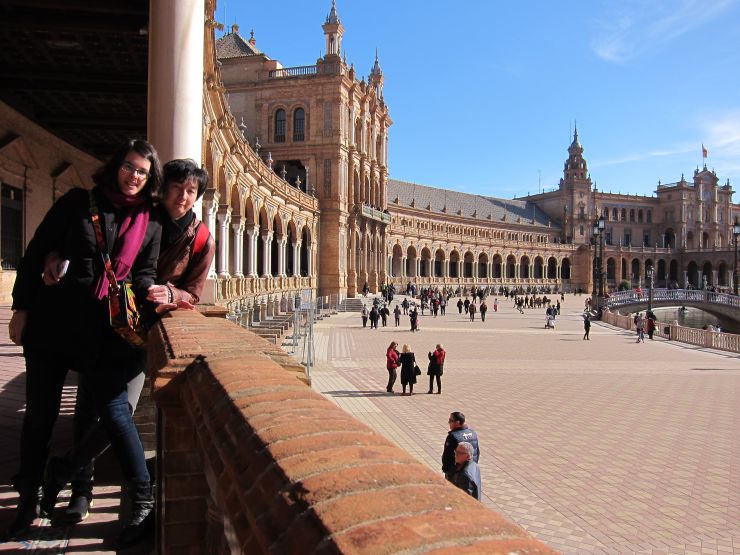 I think this was one of the photos we gave them. Last year in Seville.

This time, the whole document hoarding thing was much easier. We already knew what had to be done and it was fast and clean. We got everything very fast and the process was very smooth. Well, except for the fact that the visa office in Shanghai has moved and C. went to the wrong place!

The best part about my previous job in Suzhou was that I was entitled to Spanish holidays. One month, dears. Now in my job in Shanghai I only have 10 days. Sob! C. only has 5 days for annual holidays so he is in an even worse position. That is why we decided to travel to Spain at the end of September, because the first week of October is a national holiday in China and everybody gets 7 extra days off.

But there is a problem with this. I didn’t want to buy the plane tickets until we had the visa. You can only ask for the visa up to 3 months in advance. And during the October holidays, basically the whole population of China goes travelling. Prices skyrocket and panic ensues. I am ashamed to confess that I just paid almost one month of my salary for a return ticket to Spain. More than double of what it usually costs. Next time I will need better planning and taking more risks (for example, I think it would be fine if we bought the ticket before asking for the visa, although the consulate recommends not doing this as there is always a chance you are rejected). However, to find normal prices during the October holidays I think we would need to book one year in advance… so maybe October holidays are not an option at all! 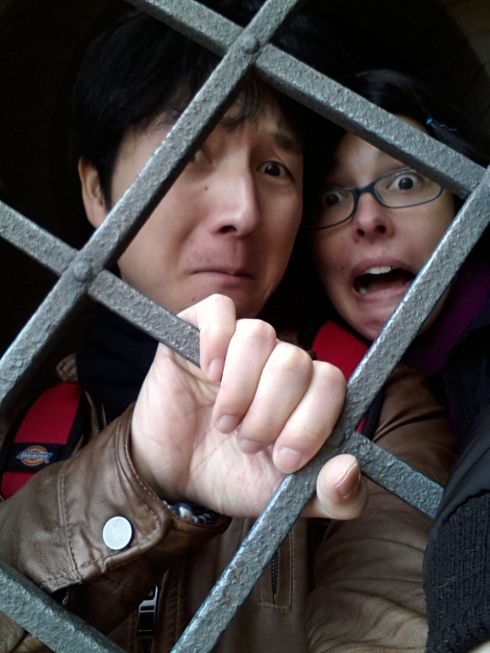 Working in China feels a little bit like being in prison!

For our second trip to Spain, we will go to Catalonia to visit my mum’s side of the family. I haven’t really planned where we will go, but for sure we will stay in Barcelona, then maybe Tarragona, if the weather is nice we might go to the beach, if my uncle agrees we can go sailing on his boat… It will be fun! Then after perhaps a week we will go to Cáceres, my hometown, on the west side of Spain, and I want to take C. to Portugal so he can see another European country and try the delicious Portuguese food!

I want to write a list of all the things I want us to do in Spain and then cross them and take a picture when I do them. I started yesterday and the first entry is: Eat a frigopie. Frigopie is an icecream in the shape of a foot that I used to eat when I was a child. I haven’t had one in years! 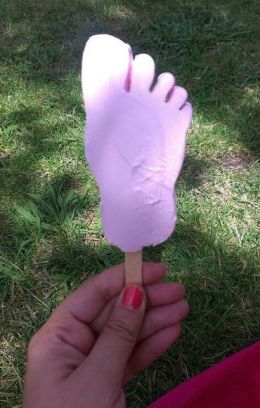 I am kind of sad that this year I won’t be able to go the beach in the south of Spain with my family. I have spent at least one week in August there every year since I was 3, except for 2010 and this year (and both times I was working in Shanghai!). But let’s always look on the bright side of life! We are able to go to Spain together again and we can spot more similarities or differences between the two countries!

← Chinese Massage
Going to the hospital in China →