If you live in China, you know what happened yesterday in Beijing. It was simply impossible to miss it, as it was on every screen you can possibly think of. If you don’t live in China, maybe you don’t know, as I am not sure if it was widely reported in the international media. Yesterday, September 3, it was the day in which the Chinese commemorate the defeat of the Japanese in WWII, or War of Resistance against the Japanese, as they call it. And they organized a huge military parade in Beijing and it probably was the most viewed program of the year. Everybody was watching it! 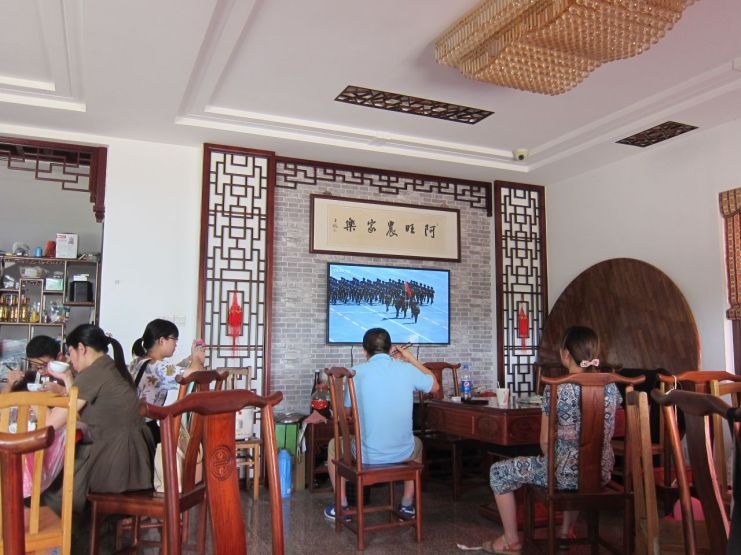 Watching the replay in a restaurant in the countryside.

But, for me, the most important thing was that yesterday was a holiday! Yay! And today, also, so we have 3 days off in a row. But don’t forget this is China, Mao forbid we get used to having too many holidays! So on Sunday we have to work. Yay…

My theory is that this day off (that will only happen this year) is because Mid-Autumn Festival falls on a Sunday, so we would miss one holiday this year. Hence someone thought: Hey, let’s give everybody a day off and organize a parade in Beijing, as our tanks and missiles are getting dusty! Besides, the parade in Chinese (阅兵 yuebing) has the same pinyin as the mooncakes eaten during Mid-Autumn Festival (月饼 yuebing). Coincidence? I don’t think so!!

However, such a big event involved bringing some trouble to the common people and they started several weeks ago. The internet has been slower than usual, if that is even possible, and VPNs were often not working. Only cars with a Beijing plate could refill in Beijing gas stations these days (so, if there was a terrorist attack using gasoline you could be sure a Beijing car was involved? sometimes I fail to follow Chinese logic). You couldn’t buy drones online (damn!). Packages to and from Beijing could only be sent using real names. Factories around the capital were closed to ensure blue skies (that was definitely a success, they had “parade blue” and you could clearly see the VIP guests in Tiananmen sweating like pigs). The two airports in Beijing were closed for a few hours.

We only saw like 15 minutes of the parade, but it seems everybody’s main comment was the same: Xi Jinping and his complete lack of facial expression as he reviewed the troops! 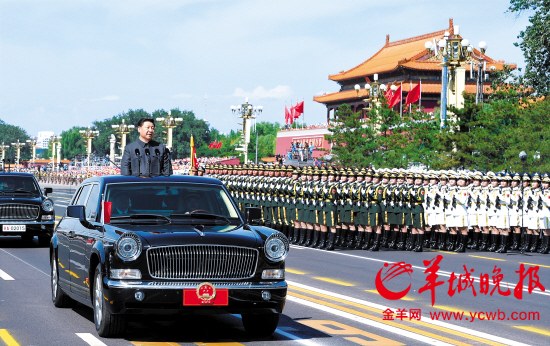 Xi Jinping having a blast in his open top car. Doesn’t this pic look like it was taken in the 60s?

And, of course, when it was over, the internet was full of comments and jokes. I saw a hilarious video on WeChat of a baby girl riding a toy car and “reviewing the troops” that consisted of her brother, mum, dad and grandma. This picture was also shared everywhere:

This grandma thought Xi Jinping was too hot.

Is Jiang Zemin an alien? (He does look a bit weird). 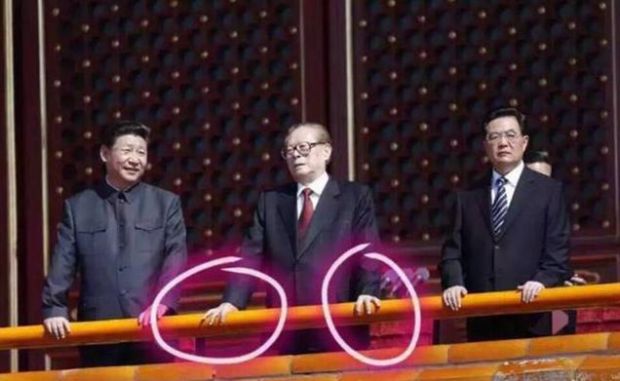 But my personal favourite is this: 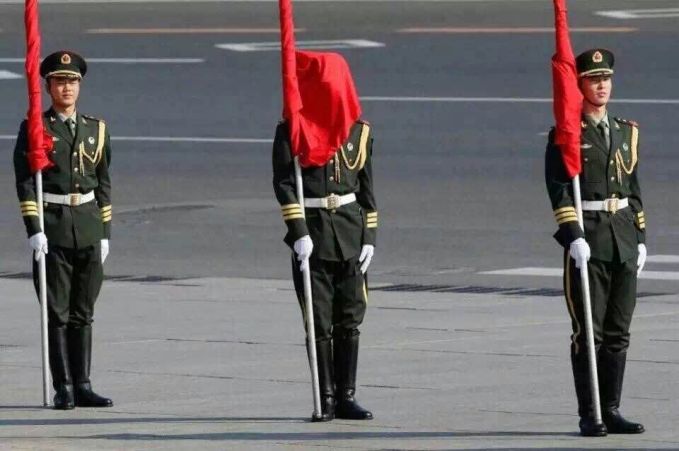 This poor soldier couldn’t move even though the flag was covering his face. He did quite a good impression of Magritte’s The Lovers.