Holidays in Spain I: Catalonia

I’m back! I just spent two weeks of holidays in Spain, visiting my friends and family. C. also came, it was his second time in Spain so we went to visit some new places. He also started studying Spanish with an app called Duolingo and he made some quick progress, but I am not sure he is still studying now that we are back in China!

The first week of our holidays was spent in Catalonia, in the north east of Spain. My mum’s side of the family lives there so we had a reunion with around 30 relatives between uncles, aunts and cousins! We were welcomed by a homemade paella and we took pictures with one of the gifts I brought from China: the latest trend on the streets, sprouts growing on your head! The sprouts are supposed to be put on your hair with a hairclip, but that didn’t discourage some of my uncles who are more in the balding department and they used adhesive tape to wear them! 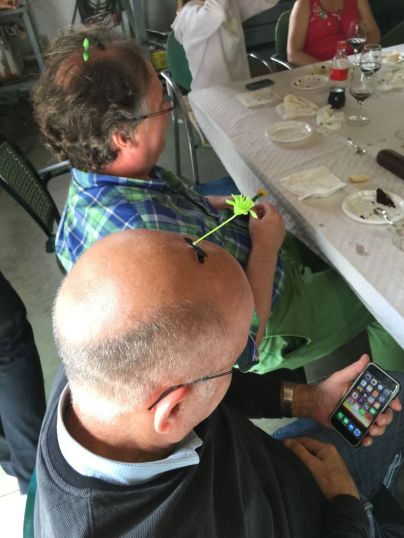 I also completed the first “to do” on my list: eating a Frigopie! 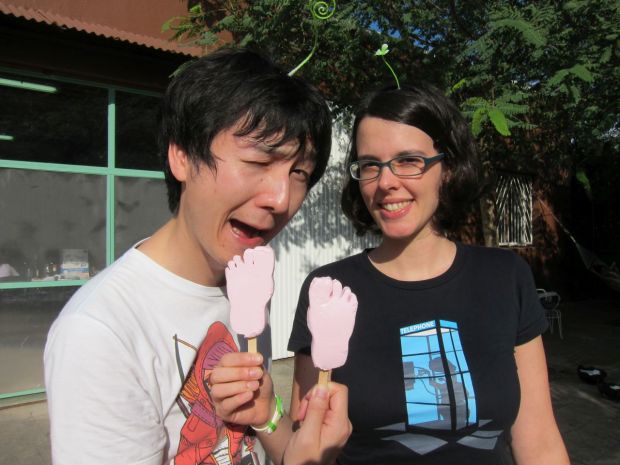 C. tried it for the first time.

The second day after arriving, my aunt took us to a very nice road trip around the Priorat region. It is a hilly area dotted with secluded, gorgeous tiny villages that used to be quite poor but now are booming thanks to their wine (there are lots of vineyards and wineries around). If you are into rock climbing, there are also some awesome places to climb. 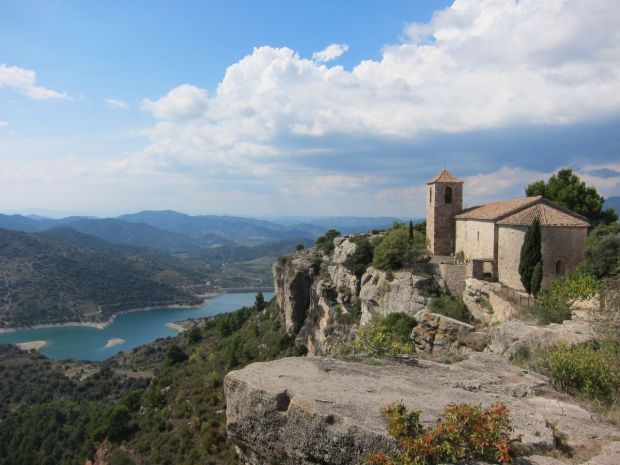 The beautiful village of Siurana, on the top of a mountain and with amazing views. 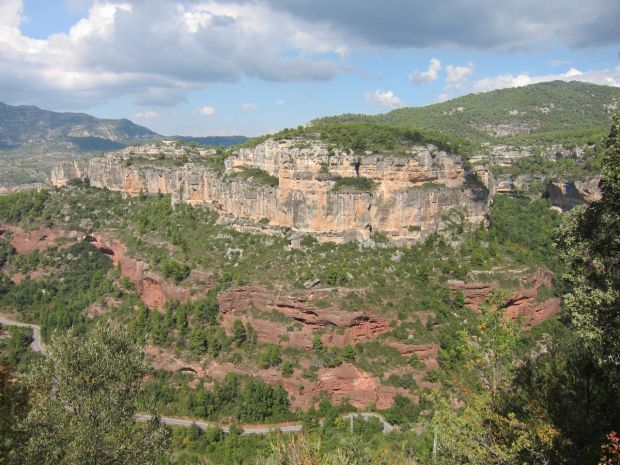 On the following couple of days we also went to Tarragona, Reus and Sitges. I had even brought my bikini but it was raining all the time! It was also colder than in Shanghai. 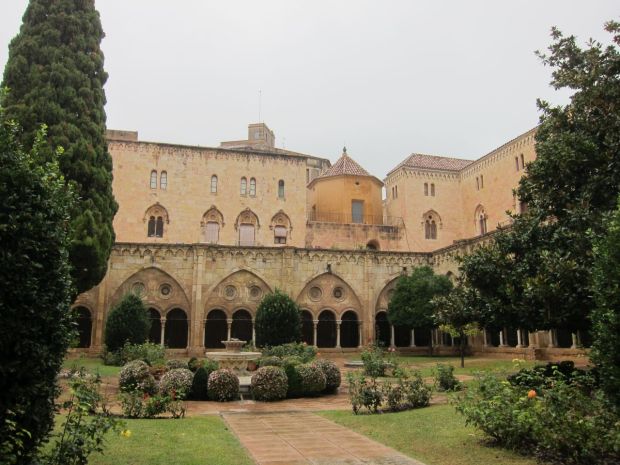 The courtyard in Tarragona’s cathedral. It was raining.

Then we spent 3 days in Barcelona. I though C. was going to love it, and he did like it, but… it was too crowded! There are so many tourists there! It’s crazy! C. felt it was similar to being in China, with so many people around. Anyway, we visited many of the famous sites: Park Güell, Sagrada Familia, paseo de Gracia, the Gothic Quarter, the Cathedral, the port… we even sailed on my uncle’s boat and C. drove it! 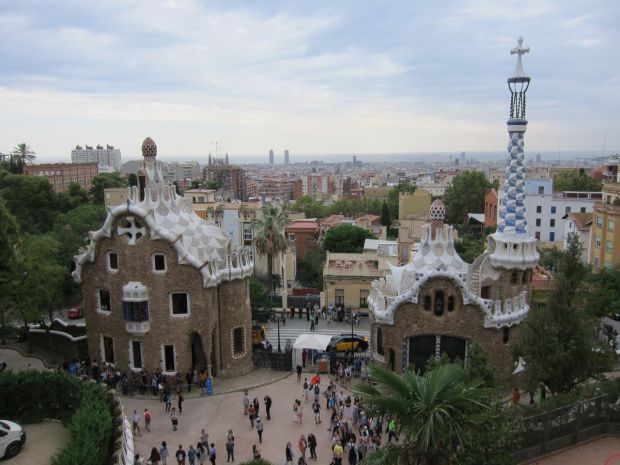 The entrance to Park Güell. 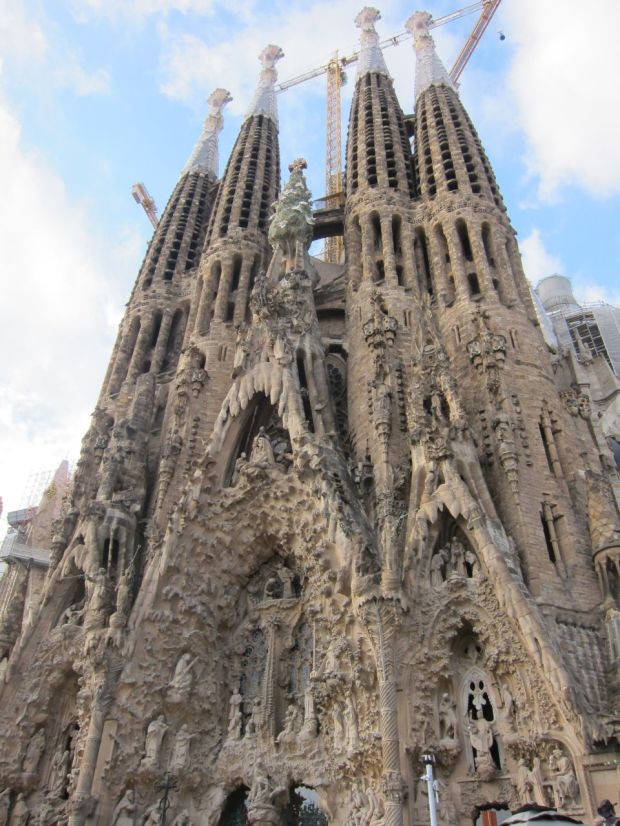 Sagrada Familia church. More than 100 years after it was started, it is still under construction. Yeah! That’s how we roll in Spain :P 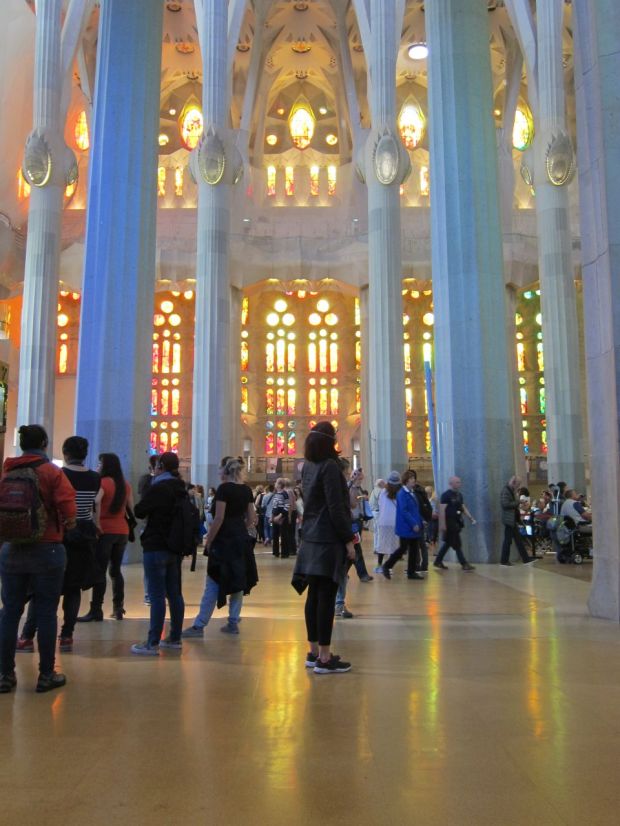 The inside of Sagrada Familia (the construction works are quite fast now, with so many tourists pouring money!).

We didn’t visit Casa Batlló and La Pedrera (beautiful buildings designed by Gaudí) because the entry fee is ridiculous… 20 euros!! I visited them a few years ago and I don’t remember buying any ticket, but if I did, for sure it was way cheaper than that. And, I can understand that the tickets to Sagrada Familia are 15 euros, because that is the money they use to finish the construction works, but the other buildings are already finished, how can they be more expensive?? 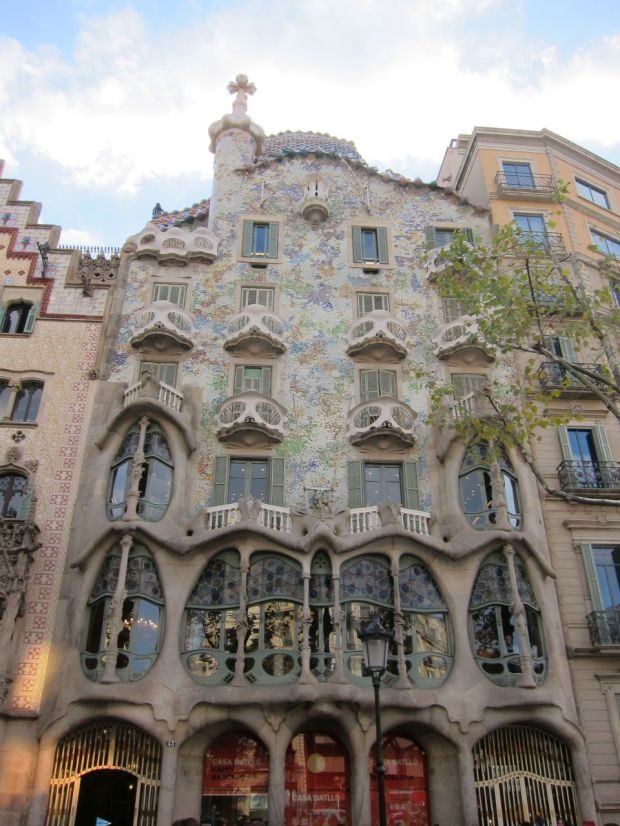 Casa Batlló. It is beautiful, but 20 euros to get in seems too much.

In Paseo de Gracia you can find all the luxury brands. We went to the Louis Vuitton store because C.’s colleague wanted a bag from there. I can’t understand why someone would spend almost 4,000 euros on a bag, but hey, this is a free country. We also went to the Loewe store because one of my friends works there and I wanted to say hi. In both stores, more than half of the customers were Chinese and Russian. Did these brands sell much before Chinese and Russian people got rich?

In the Gothic Quarter there were a lot of foreign tourists and the bars with tables outside were doing a good business. The window of a bakery caught my eye. 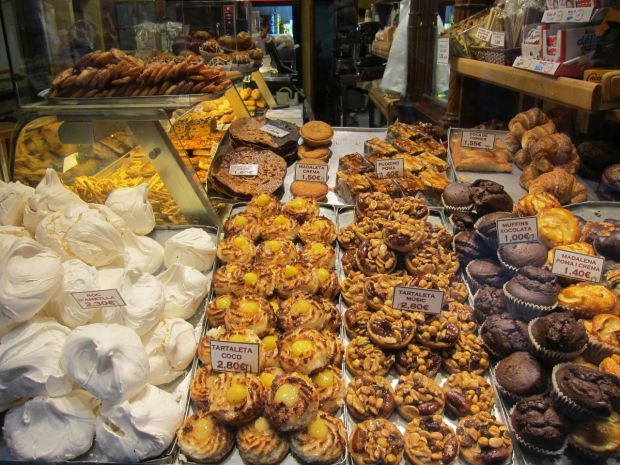 On Saturday morning we went to sail on my uncle’s boat, even though the sea was kind of rough. C. was the captain for a while! 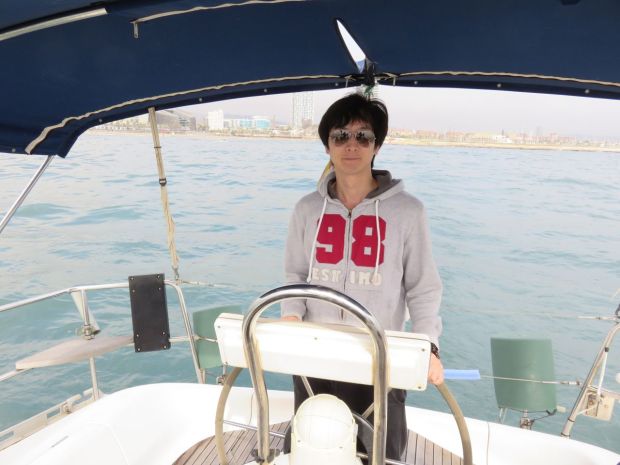 And this is a brief summary of the first week of our holidays! Stay tuned to read about week 2: Extremadura and Portugal!

32 thoughts on “Holidays in Spain I: Catalonia”