It is a bit late but, anyway, I wanted to share the list of Chinese movies I watched last year. I classified them in 3 groups: liked them, meh, and didn’t like them. I also included some Hong Kong movies. I think watching movies is a good way of practising your listening comprehension and also of learning more about the culture. Just a word of warning: these are the Chinese movies I watched in 2015, but not all of them are from last year. I am usually not too aware of the latest releases.

– Blind Massage (推拿): it feels almost more like a documentary than like a movie. It is the story of some blind people working in a massage parlour.

– A Simple Life (桃姐): Hong Kong movie. A very beautiful story about a middle aged man and the old lady who was his nanny and worked for his family for all her life.

– Spring in a Small Town (小镇之春): a classic from 1948. It was one of the last movies shot in Mainland China before the Communist takeover and, as such, very interesting because it provides a very sharp contrast with what came later. 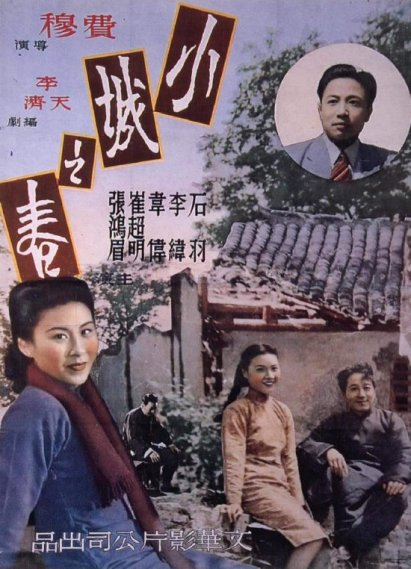 – The Blue Kite (蓝风筝): perfect to compare with Spring in a Small Town, because the story takes place in Beijing in 1953. The movie was filmed in 1993, it was censored and its director was banned from making more movies for ten years. I have to say, I don’t think it is so “offensive” that the guy deserved to be banned, but it seems if you made a movie about the 1950s or 60s during the 90s, your chances of people in China watching it were pretty slim (as it also happened with Zhang Yimou, who was banned from filmmaking for two years after To Live).

– People Mountain, People Sea (人山人海): a thriller about a man in Guiyang looking for the murderer who killed his brother. I wouldn’t have been surprised if it had been banned, because it shows pretty ugly things about China (corruption, guanxi, backward and dirty places), but it wasn’t. Maybe because now the political agenda says denouncing corruption and guanxi is ok?

– Jian Bing Man (煎饼侠): a completely different story and one of the blockbusters of the year. It is the first movie of comedian Da Peng, who has a very successful internet show (屌丝男士). I thought it was very funny but I love this guy, so I’m not sure I’m impartial. A lot of famous people appear, mostly Chinese, but also Jean-Claude Van Damme. It is about a director who has lost everything, including his reputation, and has to film a superhero movie with basically no money. 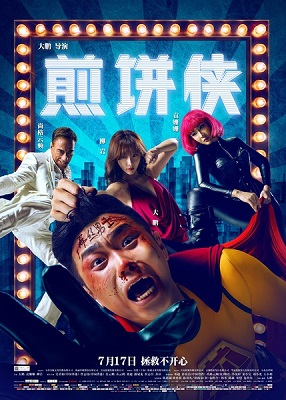 – Monster Hunt (捉妖记): another blockbuster, I think because it is the first Chinese movie in which special effects don’t suck, ha ha. It is a mix of comedy and action in the Chinese “Middle Ages”, when monsters roamed free.

– 12 Citizens (十二公民): remake of 12 Angry Men. The members of a jury have to decide unanimously if the murder suspect is guilty or not. As there are no juries in the Chinese system, the premise in the movie is a mock trial in a Law school to study the American system.

– Go away, Mr. Tumor (滚蛋吧！肿瘤君): this one was also a huge success. It is the true story of a girl who got cancer and drew a comic book about it. She is very imaginative and kind of crazy. Hidden spoiler: prepare the tissues.

– The Dead End (烈日灼心): this one I am also not sure why it was not censored, as there are pretty “strong” themes (considering we are in China, of course). Three men committed a crime many years ago but managed to avoid justice… for the moment.

– Goodbye, Mr. Loser (夏洛特烦恼): a “loser” in the wider sense of the term gets the chance to go back to the past and get things right in the future. Funny.

“Goodbye Mr Loser film poster” by Source. Licensed under Fair use via Wikipedia.

Chinese movies that left me “meh”:

– The Underdog Knight (硬汉): I don’t really remember anything from this movie but I gave it a 6, so it should be ok if you don’t have anything else to do/watch. It is from Hong Kong.

– Gone with the Bullets (一步之遥): what a piece of sh*t. I couldn’t finish it, and I can’t say anything about the plot, because everything was very confusing. Something about Shanghai in the 20s. So disappointed with Jiang Wen, the director, who usually delivers interesting movies like Devils on the Doorstep. He screwed big time in here.

“Gone with the Bullets poster” by Source. Licensed under Fair use via Wikipedia.

– The Continent (后会无期): this is the first movie directed by Han Han, a famous blogger and writer. He is something like the “representative figure of the 80s generation”. He is also a race car pilot, and he should have kept on doing that, because this movie was pretentious and boring. I couldn’t finish it. It is about some friends looking for someone or something on a island. BOOO-O-O-ORING.

– Monk Comes Down the Mountain (道士下山): I just cannot believe this piece of rubbish was directed by Chen Kaige. What happened to you, man? I saw almost all of it and then went to bed before the end, because I was not interested at all.

Did you watch any of these movies? Do you have any recommendations for this year?

← My Chinese father-in-law
The coldest winter →