– The basic diet of foreigners consists of bread and beef

Chinese people believe foreigners eat a lot of bread. I guess they try to look for an equivalent to their bowl of rice, and they find it there. But, of course, many foreigners don’t actually eat bread with every meal. Heck, some Western countries don’t even have authentic bread, only that sliced thing to make sandwiches with. The other belief is that foreigners eat a lot of beef. What? Does anyone actually eat beef every day? Every time C.’s mum comes to our apartment she brings food, and almost always there is a packet of beef steaks covered in black pepper sauce. Which I don’t even like, as Chinese beef is weird (too soft to be real beef). 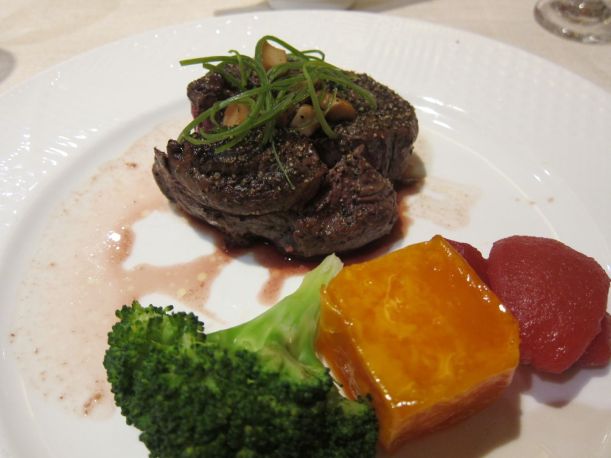 We eat beef every day!

This is the most frequent explanation when you tell someone that no, we don’t do the zuo zueyi or post partum traditions in which the woman has to stay in bed for one month without even showering. Also when you tell other women (yes, this is a women’s conversation) that you have eaten ice cream and swam in the sea while you had your period and nothing happened. Chinese women think that they will be sick if they eat cold things during “those special days”, and cold things include even fruit. They are very surprised when they hear we don’t have this belief in western countries and their conclusion is “Foreign women have stronger bodies”. Yep, it must be because we eat beef every day.

– All foreigners look the same

So, the same way many white people think all Asians look the same, Chinese people also think all white people look the same. And all black people, too. This is called cross-race effect and you can read more about it here. In a nutshell, it is easier for you to recognize and distinguish faces from your same race. I’ve talked before about how some Chinese people thought my friends, who mostly look nothing like me, were my sisters. The other day I had the following conversation in the shop downstairs:

Cashier: Did the milk that you ordered arrive?

Cashier: Didn’t you order some milk to be sent to your home?

C.: All foreigners look the same, right? [You too, Brutus? Wait until we get home…]

– All foreign women have a big ass

I had not heard this one until the other day. I was walking the dog and in the street there were two guys in their twenties who looked like migrant workers. When I passed them I heard one of them saying: All foreign women have big asses. I could have turned around and reply in Mandarin with certain stereotype about Chinese men’s certain body part, but I didn’t. Their faces would have been epic, though!

Do you know any other stereotype that Chinese people apply to foreigners?

← Expat.com Blog of the month
The Olympic Games →