The third stop in our trip was the town of Qufu, also located in Shandong province and only 30 minutes away from Jinan by fast train. Qufu is famous for being the hometown of Confucius as he was born somewhere nearby and his temple and family home were later established there. His tomb is also there. These three places, the Temple, Mansion and Cemetery of Confucius are included in UNESCO’s World Heritage list and can be visited within a day. The entrance ticket (for the three places) is quite expensive: 150 RMB! Not many foreign tourists come here, but the place is swarmed with Chinese tour groups as this is a very important place in their culture. 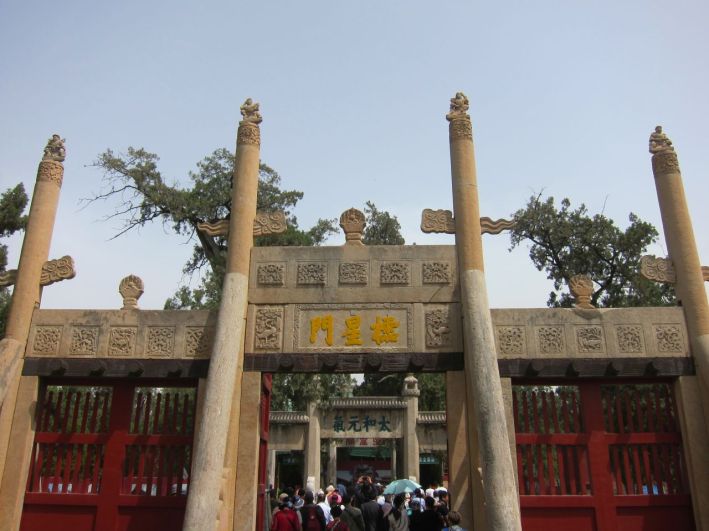 Entering the Temple of Confucius area.

The Temple of Confucius is quite big and it reminded me of the Forbidden City in Beijing. There are several pavilions and hundreds of engraved stone steeles, souvenirs from all the emperors that came here to make rituals in veneration of Confucius. Every time an emperor visited (and it seems most of them did), they would give money so the temple could be expanded and erect an steele.

Many of the trees here are more than one thousand years old.

One of the steeles.

In one of the bigger pavilions there was a performance of the rituals done in honour of Confucius in old times.

Near the temple’s exit there was a shop where you could rent emperor style clothes and take pictures. Some people had a lot of fun there: 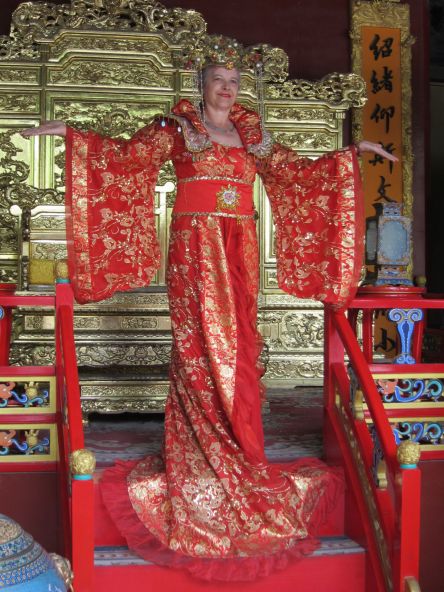 All hail the Empress!

Next to the temple there is the Kong mansion, or the home of the descendants of Confucius for many centuries. They lived there until 1937, when they (wisely) moved to Taiwan. Confucius in Mandarin is Kongzi, and Kong was his surname.

A bit further away, like 1.5 kilometers, there is the Kong cemetery. According to the UNESCO website, there are more than 100,000 Kong family members buried there! 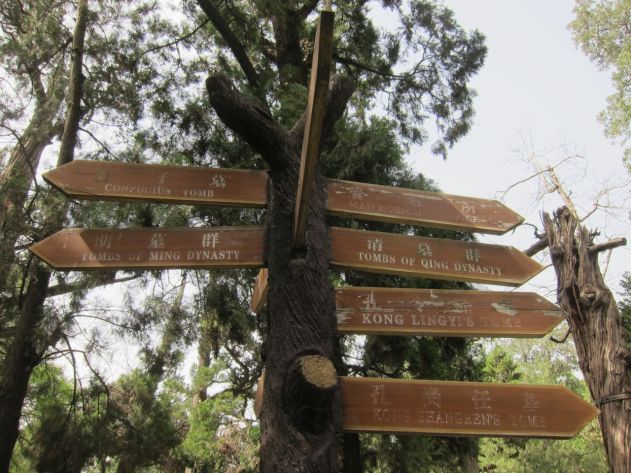 One of the cemetery guards.

The tomb of Confucius.

In fact, during the Cultural Revolution the tomb of Confucius was opened (in that time he was basically the country’s worst enemy, as the objective of the Cultural Revolution was wiping out all the old beliefs and traditions) and it was discovered that there were no human remains inside the tomb. So I guess no one knows where the remains of Confucius are, but it doesn’t really matter. Qufu is the official place.