The obsession with fakes and brands

When I was studying in Beijing, my parents, brother, uncle, aunt and cousins came once to visit me. They wanted to make the most of their trip and see other places in China so they came in an organised tour with more people from Spain and I joined them the days they stayed in Beijing. The other people were all middle-aged or honeymooning couples. Their tour around Beijing included visits to the usual places: the Forbidden City, the Summer Palace, the Great Wall… however, what everybody was impatiently waiting for (especially the women, I have to admit) was the visit to the Silk Market.

The Silk Market is a popular market in Beijing where you can buy silk goods, pearls, Chinese souvenirs… and fake branded items, like clothes, shoes and designer bags. It is a building with several floors, many stalls and young, cheeky sales attendants that grab your arm and pull you into their shops, where they proceed to quote ridiculously high prices and you have to haggle for half an hour. I hate bargaining and the Silk Market is pretty much a nightmare place for me. However, I got the feeling that one of the main reasons the tour people had chosen to visit China was the chance to buy cheap knock-offs. Even now, in expat groups there are often people asking about these “fakes markets” (which can be found in basically every city). 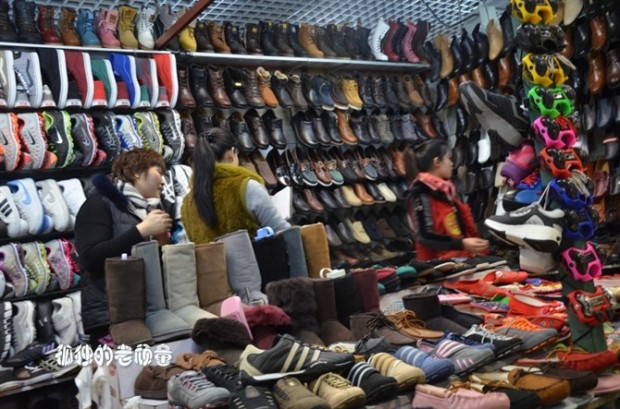 Shoes stall in the Silk Market. 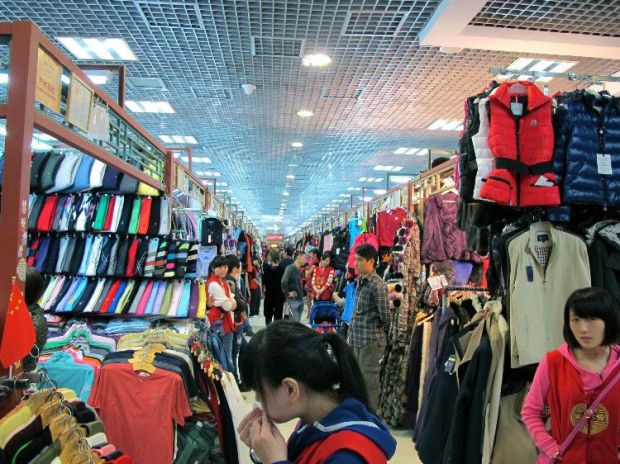 The sales attendants wear red vests. They are very persistent and can haggle for hours!

I think it’s very funny: western people come to China and want to buy knock-off Prada purses. When I go to Spain, Chinese people ask me to buy original LV bags for them because they are cheaper than in China.

I have never been interested in luxury brands at all. I don’t get why someone would willingly spend so much money on clothes, shoes or bags, when you can buy good quality items from non-famous shops for a fraction of the price. Is it the desire to have everybody notice that you have a lot of money? It’s like the expensive cars I often see parked in my street. Why on Earth does anyone need a Ferrari or a Maserati to go to the office? Feels like a complete waste of money to me. Besides, that time I bought a LV bag for someone else I was thinking that I’d be terrified of going outside with a 3,000 Euro purse dangling from my arm (and not to mention that it felt very heavy and uncomfortable). There’s also the question of: What is the point of having a real luxury bag in China? Isn’t everybody going to assume it’s fake?

I also don’t understand the other side of the issue: What is the point of buying a knock-off? Again, I’d rather buy an original design from an unknown brand! But there seems to be a real attraction to fakes, as I have seen too many western tourists buying suitcases to fit all the things they bought in the Silk Market! 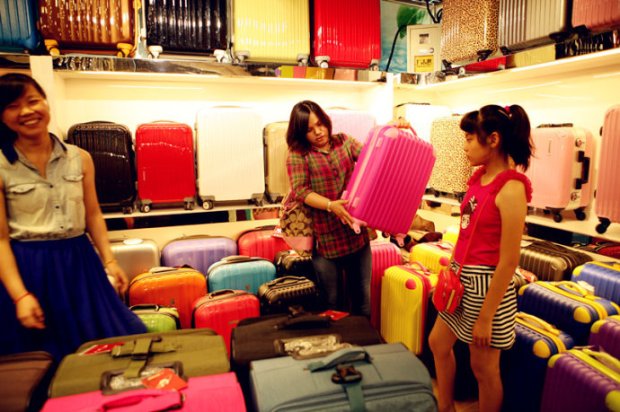 The suitcases stall, the last stop for the people that buy too many things in the Silk Market.

← My favourite Chinese characters
“Look, the penis is here” →

29 thoughts on “The obsession with fakes and brands”