Why I think Suzhou is a great place to live in

Sometimes I receive emails with questions from people who are considering moving to Suzhou. These people are often married with kids and are moving to Suzhou because their company is sending them here as expats or because they received an attractive job offer. They are usually guys and one of the main questions they have is if it would be better to live in Shanghai so the wife and children can stay there while he comes and goes to Suzhou for work every day. I guess this is the first idea they have because many people have heard about Shanghai and know that it is a big and developed city, but most foreign people have never heard about Suzhou or assume it is a very small town.

What I always tell them is that living in Shanghai and going to the office in Suzhou would mean a minimum commute of 3 hours per day, and this is in the best case scenario (if you live close to the train station in Shanghai and your office is close to the train station in Suzhou). Besides, in my opinion, for families it’s better to live in Suzhou than to live in Shanghai. Now it’s the moment all the Shanghai fanboys try to kill me! But, let’s be honest, the only thing that Shanghai has which Suzhou doesn’t is an extensive nightlife. And I don’t think that’s the main thing families with children are interested in!

So, why do I think Suzhou is (way) better than Shanghai, especially if you have a family? I’m going to refer basically to the Suzhou Industrial Park, as it’s the district where I’ve always lived.

Rents in Shanghai are INSANE and foreigners usually want to live in nice areas. For half the price of what you would pay in central Shanghai for just a so-so old apartment, you can rent an apartment in a new compound in Suzhou Industrial Park which is, objectively, the best district in Suzhou. Apartments in this district are big and fairly new, all compounds have extensive green areas, some of them even have amenities like gym and swimming pool and there are parks and malls everywhere.

Nico in the park.

I don’t have personal experience with this, but the people I successfully convinced to move here instead of Shanghai told me so. There are several bilingual or international kindergartens and schools and although they are not what I would call cheap, they are definitely cheaper than in Shanghai! The quality of education is not an issue either. Even though it’s not well known for people who have never been in China, Suzhou is among the 10 richest cities in the country.

The Suzhou Industrial Park was built in cooperation with the Singaporean government, and you can really feel that it’s different from the usual way Chinese cities are built. As I mentioned in the point about cheaper rents, residential compounds are big and have green areas, and there are also many parks and lakes where you can go for a picnic, fly kites or just let your child play with the mud. There are also wide bike lanes everywhere and rental bikes are free to use for the first hour. 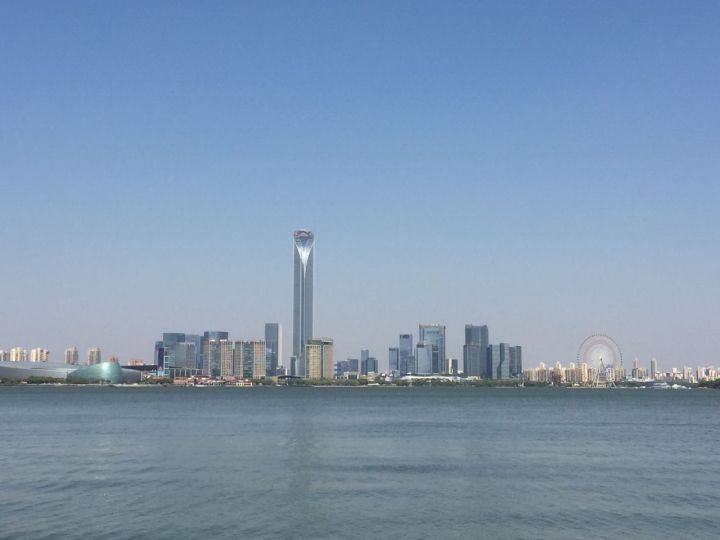 Jinji lake, a huge mass of water in the middle of Suzhou Industrial Park.

Can you actually believe what I’m saying? A place in China where you are not woken up at 6 am by random truck noises, people spitting their guts out or music blaring from a loudspeaker? Yes, this place exists! And you know what? We even have birds! And you can hear them chirp!

I guess because of the different city plan which I mentioned before, you don’t really get to see many crowds in the street. The subway or the popular malls on the weekends are another story, but I think it’s safe to bet that it can’t be worse than Shanghai! 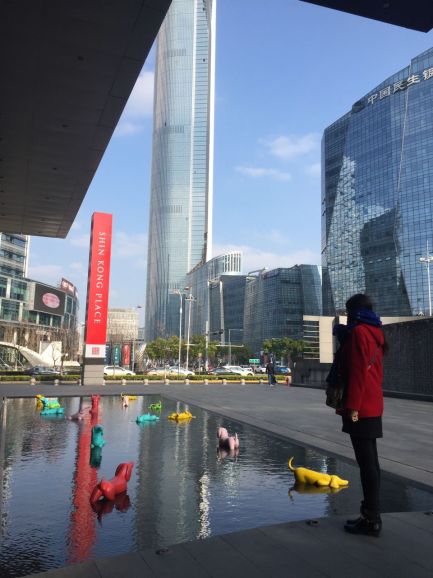 Yes, as I had to tell once a colleague who lives in Shanghai, we do have Nutella in Suzhou. And anything else that you need. There are many supermarkets with imported products and you can even order from those fancy expat delivery services from Shanghai, as they also deliver to Suzhou. 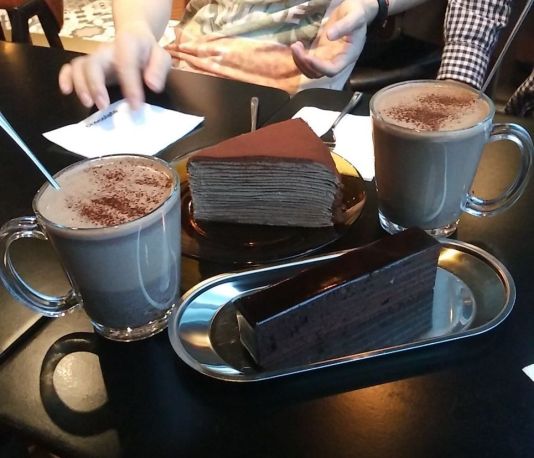 We also have Awfully Chocolate!

If you don’t speak Chinese and are looking forward to meeting other foreigners, you can do it here too. Maybe you won’t see foreigners everywhere you go, like in Shanghai, but there are a fair number of them here as many foreign companies and factories have offices in Suzhou (because they are also trying to avoid the crazy rents in Shanghai). They organise events and there are many groups for different interests.

Suzhou is an old city with a lot of history. On the weekends you can visit many interesting places, such as classical gardens, temples, pagodas, museums or traditional streets. If you are more into nature, on the west of the city there are several mountains where you can go hiking, a huge lake (lake Tai) and small villages with houses from the Qing dynasty and fruit trees. 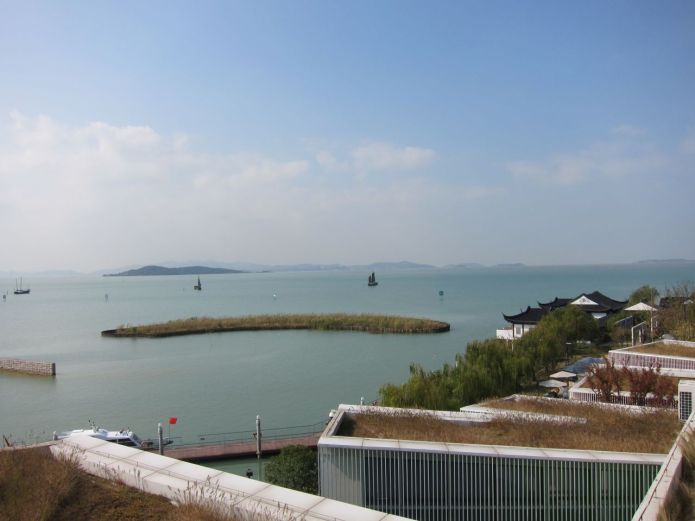 Does this sound like an infomercial for Suzhou? Damn! I should have asked the local government for money! This is my honest opinion, though. Let’s also not forget the fact that if there is an event, concert or exhibition you want to attend in Shanghai (because it has a more varied offer, I have to give them that) you can get there in just 40 minutes with the high speed train!

← “Look, the penis is here”
There’s a man in China that does everything →