The other city we visited during our holidays in Malaysia was Melaka, known in English as Malacca. Melaka was an important port of trade in South East Asia and a colony of the Portuguese, then the Dutch and later the British. All these influences, together with Malay and Chinese, can still be seen and make Melaka a very interesting town (and a UNESCO World Heritage Site). It is not too big so it doesn’t feel overwhelming, but there are definitely many things to do and see there! According to the Wikipedia its population is almost 900,000, but it has a small town feeling reinforced in part by the lack of high buildings.

We stayed in a hotel that was about 10 minutes walking distance from the historic town center. To get there, we had to pass by several Indian shops. They are so colourful! 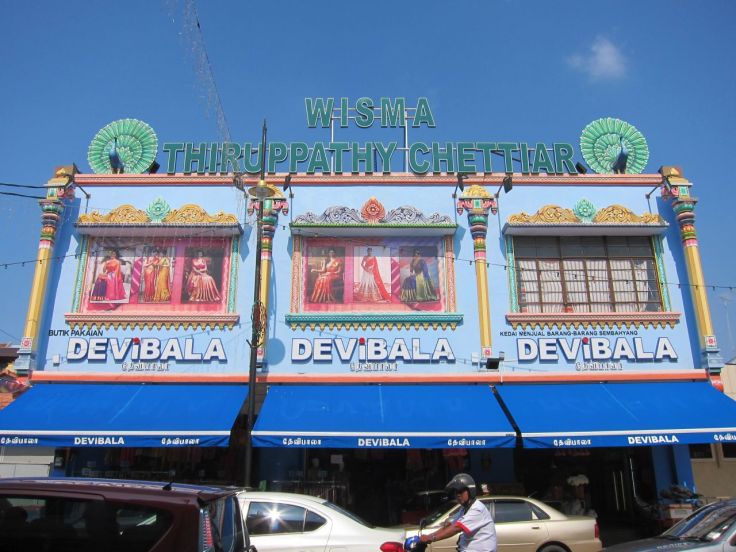 The Melaka river flows along the city. There are many bars and cafés there full of expats and tourists every evening. I prefer its calmer version during the day.

One of the most popular sights are the red constructions built by the Dutch during the colonial period.

But there are also some vestiges from the Portuguese occupation which now are just pretty ruins.

The church of St Paul.

The only remaining part of the ancient fortress of Malacca, built in 1511.

We had lunch in an OldTown café. They have a brand of instant coffee that C. has been addicted to for years. I don’t really like coffee so I had a milk tea.

And food, of course.

We walked towards the sea assuming there would be a beach, or a port, or something, but there wasn’t. We couldn’t reach the water but we saw a dinosaur on the way: 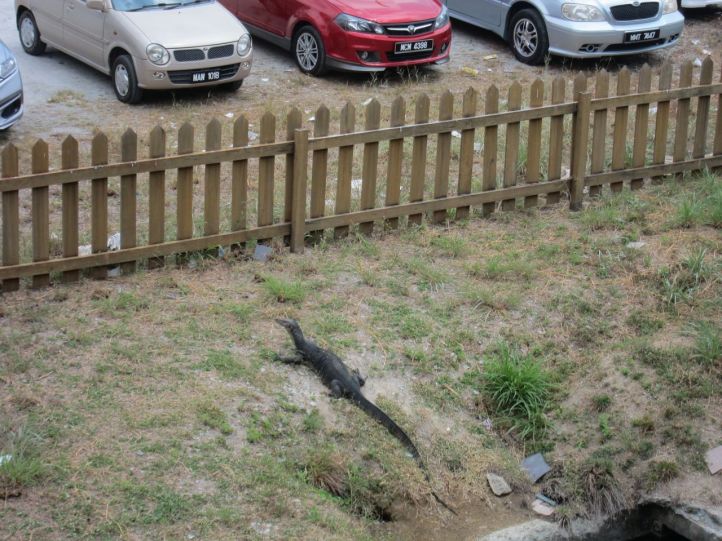 What is this? Is it a water monitor? We saw another small one bathing in the Melaka river.

The next morning we visited the Baba and Nyonya Heritage Museum, the house of an old Malaysian-Chinese family. There are free guided tours which explain all the house secrets and what each room was for. The inside of the house is truly magnificent and the guide explanations were very entertaining. 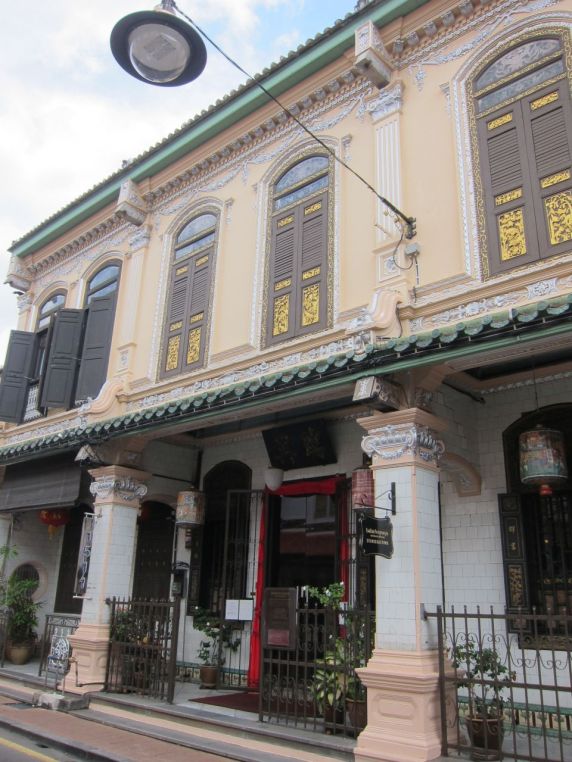 We tried the famous chicken rice balls. To C.’s disappointment, they don’t have meat inside, they’re just done with chicken stock.

Let’s end the post with another view of the Melaka river: 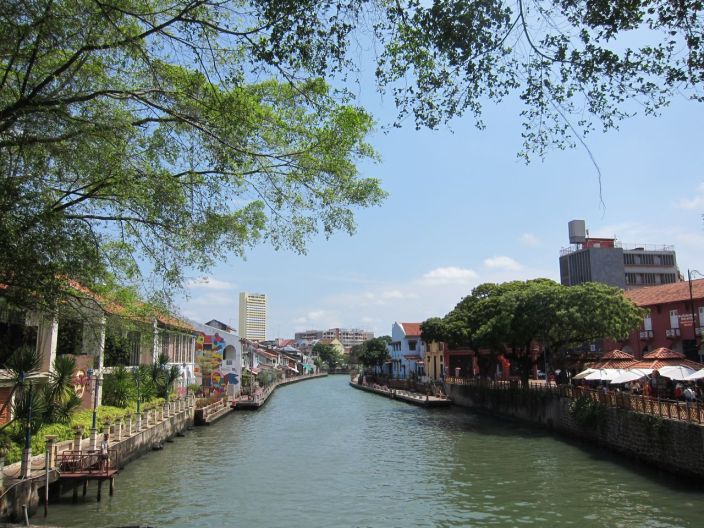 And with a picture of the most popular means of transportation for tourists: these ornate tricycles, all different, which you can choose based on your cartoon preferences. They play music during your ride and they seemed to know their audiences well, as when the customers were Chinese they always played Chinese songs. They also have colourful lights which they turn on at night for a very “fun fair on the go” feeling.

Melaka is 150 km away from Kuala Lumpur. It is easily reachable by intercity bus and the trip takes 2 hours if there’s no heavy traffic.

18 thoughts on “Holidays in Malaysia: Melaka”