Chinese food is popular everywhere. No matter where you go, there’s probably a Chinese restaurant! However, at least in Spain, until very recently it was not easy to find a Chinese restaurant that served things different from the usual fare of fried rice, spring rolls and sweet and sour pork. Which are totally fine, but there’s so much more variety in Chinese food! Savoury, spicy, sweet or sour, every region in China has its own cuisine where one flavour prevails. In Suzhou, in case you were wondering, sweet is king! Let’s see which are some of the most famous local dishes here.

This is the absolute star of any meal with guests. It’s a whole fish cut in a way that resembles the tail of a squirrel (or that’s what Chinese people say), battered, fried and covered in an orange sweet and sour sauce. It’s quite a sight and very tasty, but better make sure that the piece you take is well covered in sauce, as the fish comes almost always from a small aquarium and you can literally taste it. (I have to say this: fish and seafood is not too good in China, at least for someone who comes from Spain. But nothing that cannot be fixed with a delicious sauce).

Some chefs put “eyes” on the fish…

There are many lakes around Suzhou, so many of the popular local dishes contain aquatic animals. By the way, if a shrimp from the sea is seafood, a shrimp from the lake is… lakefood? Or is it also called seafood? This dish is made with yellow eel cut longitudinally and covered with a brown sauce. When it’s brought to the table, the waiter pours hot oil on top. I always joke and say this is snake… because it looks like it! 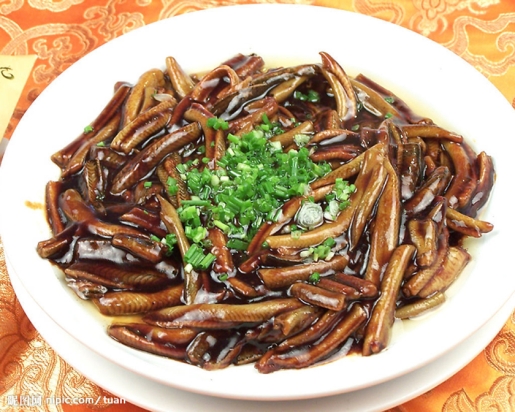 This is a very simple dish that Suzhounese love to eat. C. always orders it when we are eating with guests, and it is also served in weddings and New Year dinners. It consists of very small shrimp, peeled and stir fried with a bit of cornstarch, and then eaten with a bit of soy sauce. C. always jokes and says the shrimp are peeled by toothless grandmas who use their gums to do the job. 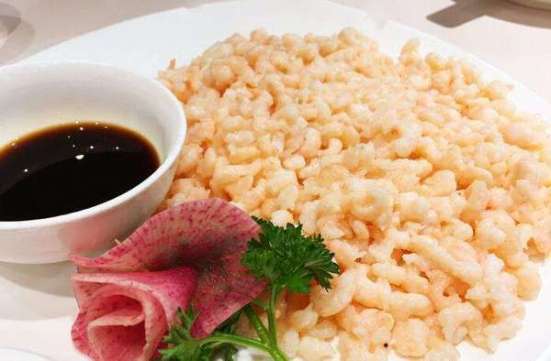 I like all kinds of food and I eat my way through this list without any problems, but this is my favourite. The lotus root is crunchy and juicy at the same time, the rice is sticky and the sauce is sweet. Yummy! According to Baidu, this recipe is originally from Zhejiang, but you can find it in all the Suzhounese food restaurants. 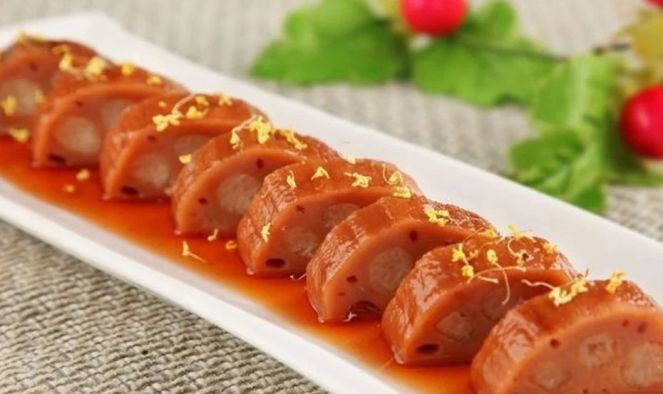 It is said that northern Chinese eat noodles and southern Chinese eat rice, but even though Suzhou is considered to be south, noodles are very popular here. The local noodles are very long and thin and in their most basic version they are served only with the broth and a bit of chopped chives, but there are many other varieties with toppings added. I was googling Suzhou noodles and came across this article, in which a Shanghai fanboy discovers them. Hehe. It seems he was really impressed: “[…] right here, in Shanghai’s backyard, is a noodle culture that is as sophisticated as Japan, among the most delicious things you can eat in China, and accessible by train in 30 minutes. Suzhou”. 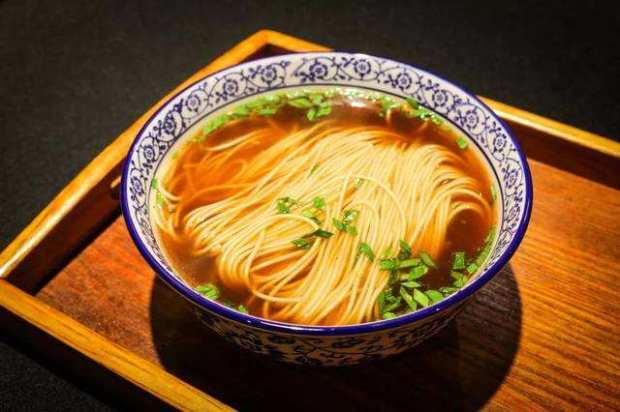 These are called mooncakes, like the ones eaten during Mid-Autumn Festival, but they have nothing to do with them. They are sold all year round and are actually very good! As their name clearly indicates, the filling is meat and, like most Suzhou food, they are slightly sweet. These are not eaten in restaurants but bought in bakeries and eaten as a snack, but I added them to the list because as far as I know they are only available in the Yangtze river delta area. 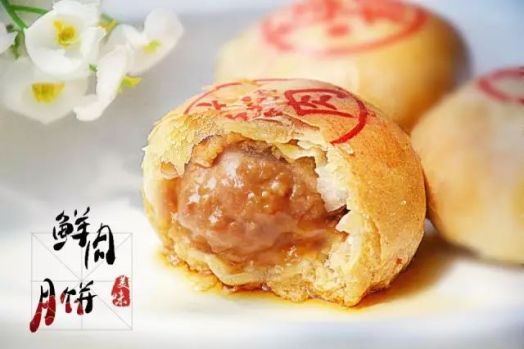 You might have noticed that there’s not much “green” in these dishes. Vegetables are ordered during meals and banquets to balance the abundance of sauces and fat in other dishes, but they are usually just stir fried greens that are not considered a local speciality.

Have you tried any of these Suzhou foods? What’s your favourite type of Chinese food?