The second stop in our trip was Jinan. My main objective when designing the route was avoiding domestic flights (because they are always late), so I chose places we could reach with the fast train and that were around the Beijing-Shanghai line. And one of the obvious choices was Jinan, which is 2 hours south of Beijing.

In China, there are some places you always hear people mention, even though you may have never been there. Places like Guilin or Harbin, for example. For Jinan, the capital of Shandong province, I had never heard much, so I didn’t know what to expect. I imagined a normal-ugly Chinese city… and luckily I was wrong! Jinan was a great surprise. The city is well known among Chinese people because of its spring waters, but apart from the springs (which were located in beautiful parks all over the place), I thought the city was gorgeous. The style and atmosphere of the streets even reminded me of Kyoto, and there were a lot of cool shops and bars. In an unexpected turn of events, I ended up thinking I wouldn’t mind moving to Jinan if I had the chance. They probably have heating in the winter, which is the only thing that keeps Suzhou from reaching city perfection.

The springs in Jinan are not of the hot water kind, so there are no spas. As they cannot bathe in the water, the locals drink it! It was indeed the cleanest water I have ever seen in China and many people were filling bottles in public fountains.

Transparent water! The white thing on top is the cottony pollen from the trees. 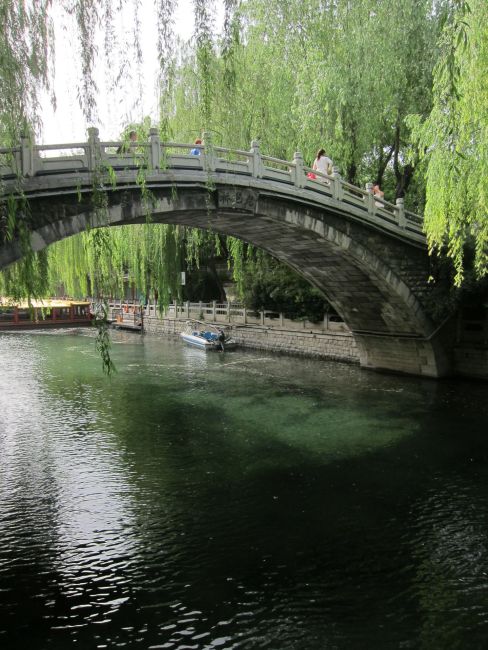 Next to the Black Tiger spring there was this fantastic pool which used spring water. If you live in China, you know how hard it is to find a decent outdoor pool. This one was open even though it was still the beginning of May! 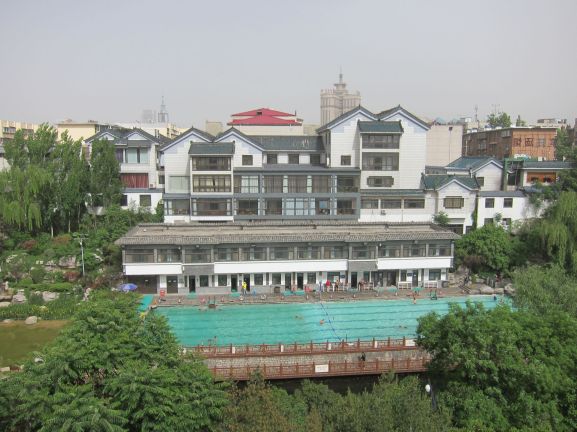 Another of Jinan’s main tourist attractions is the Ten Thousand Buddha Mountain. I didn’t count the Buddha statues but there were a lot, yes. There were also temples, a street market selling all kind of knick-knacks, a cable car and a slide to go down the mountain. The Buddha statues are not old or anything, but the place is still interesting and pleasant enough to spend half a day. 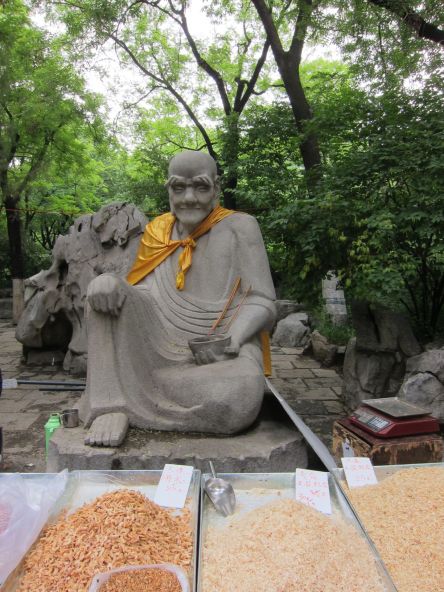 Incenses in front of a small temple.

The view from the cable car.

In the city center there is an old street called Furong Jie which is very popular for snacks. We went there for dinner and it was packed! It was similar to the night markets in Taiwan. We ate stinky tofu (it had a cumin sauce and was very yummy), grilled squid, lamb skewers, spiralling fried potato, rolled frozen yogurt… I think it was quite an adventure and very fun for my family! Behind that street I saw a lot of small bars where interesting music was being played, and also some vintage clothes shops, which I had almost never seen in China. 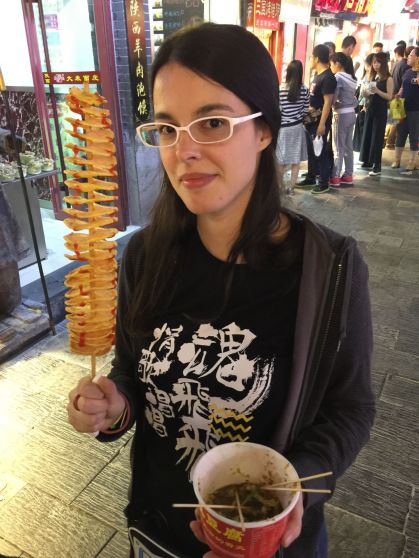 Spiralling fried potato and the remainings of the yummy stinky tofu.

On our second day in Jinan a huge sandstorm arrived from the north and we had to shorten our visit to the Daming Lake park and buy masks! But that didn’t spoil the great impression that Jinan gave me. I will be back! It’s only 3 hours away from Suzhou by fast train!

The sandstorm didn’t scare these brave brides who were taking their pre-wedding pictures by the lake!