Chinese New Year (also called Spring Festival) is the most important holiday in the traditional Chinese calendar. But it seems this doesn’t automatically mean fancy malls will spend a lot of money decorating, unlike in Christmas, because I couldn’t find any stunning decorations. The same mall that had an impressive Christmas tree full of lights a couple of months ago, only has this now:

It is beautiful and I love the papercut design, but if you compare it with the first picture in this post… anyone would think Christmas is a more important holiday, right? It is true that the Christmas pictures were taken at night, and the lights made everything more stunning, but even though… I think the fancy malls in Nanjing West Rd. haven’t been up to the standards regarding Chinese New Year decorations. 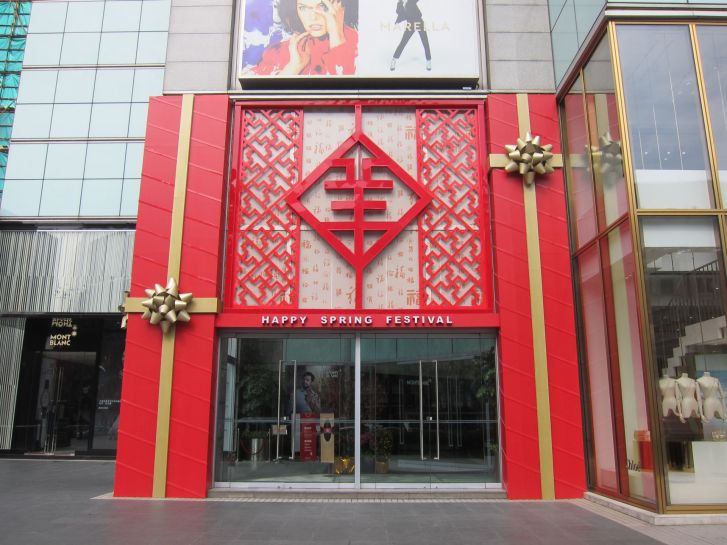 One mall had a Monopoly-themed decoration: 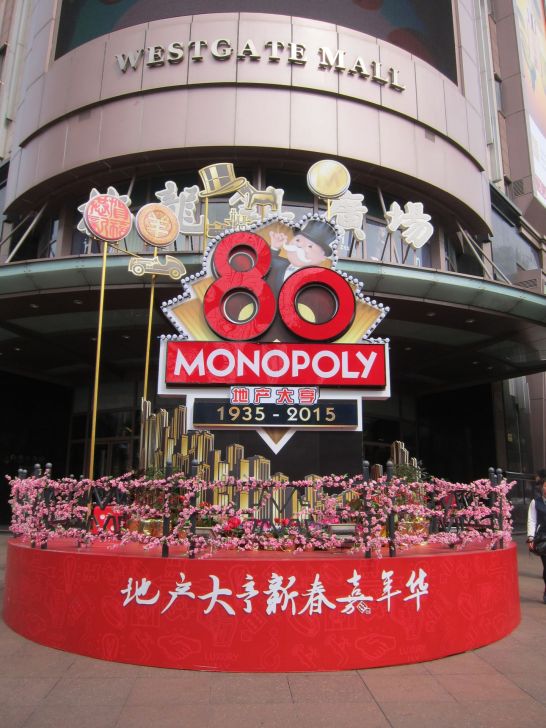 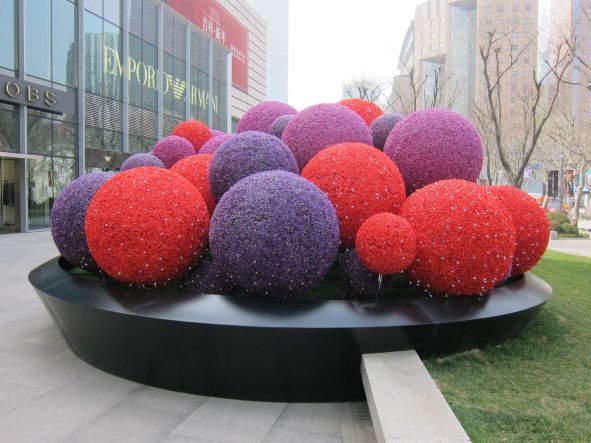 I have no idea what this is supposed to be. Does it look like a sheep? No, right? The only thing linking it to Chinese New Year is the red colour…

As you might have guessed by now, next year will be the Year of the Goat, or the Sheep (it is the same word in Chinese). The Year of the Goat/Sheep doesn’t seem to have word games, unlike last year, when the Chinese internet was flooded with pictures of various things riding horses.

What do you think of the New Year decorations in Shanghai? I am kind of disappointed. According to the pictures from CL at Real Gunners, it seems Chinese New Year is more important in Malaysia than in China! Or, at least, that people there make a bigger effort in decorations. Maybe overseas Chinese are feeling homesick?

If you are in China, I hope the fireworks and firecrackers don’t disturb you too much these days. Today during my walk I found this sign:

But that was only inside a compound, I’m not sure if it is allowed in the street.

Happy Chinese New Year to you all!

← Sculptures around the lake
Travelling during Chinese New Year →