Last Sunday we went to the Suzhou Zoo. Up until a few years ago, it was located inside a park in the old town and it was very small, based on what I’ve heard. But then it moved to a new location in the suburbs and I was gladly surprised when we arrived there. The place is big and beautiful!

Lake where you can rent a boat and hang out with some cool birds. Are they pelicans? I have no idea.

The new Suzhou zoo is located in Shangfang Mountain, which is a natural park very close to the city center. It only takes 30 minutes to get there! But, well, then there’s a traffic jam in the last kilometer due to all the families heading to the zoo. That’s the problem with going on a weekend!

After visiting the Beijing zoo in 2006, I had never been to a Chinese zoo again. The Beijing one was in a sorry state and the animals seemed miserable. I’m not sure how happy can animals in a zoo be but, if I was in prison, I’d rather be in a prison with a nice view and a big room. And most of the enclosures in the Suzhou zoo are big.

The zoo is divided into several zones: birds, hervibores, “ferocious animals”, etc. We didn’t see everything because the place is quite big, it was hot and we were hungry. Important tip: Pack some sandwiches if you go there, because the food options are scarce (or at least we could only find a couple of places selling simple snacks in the whole place). Baby A. was very excited about the animals, as any 2 year old would be! We saw many different birds and monkeys, two jiraffes, one elephant, kangaroos, zebras, llamas, camels, antelopes, deers, a lion sleeping in the distance and several tigers. We missed the bears, the wolves and all the aquatic creatures, so we will go back in the future (with lunch and sunscreen, this time). 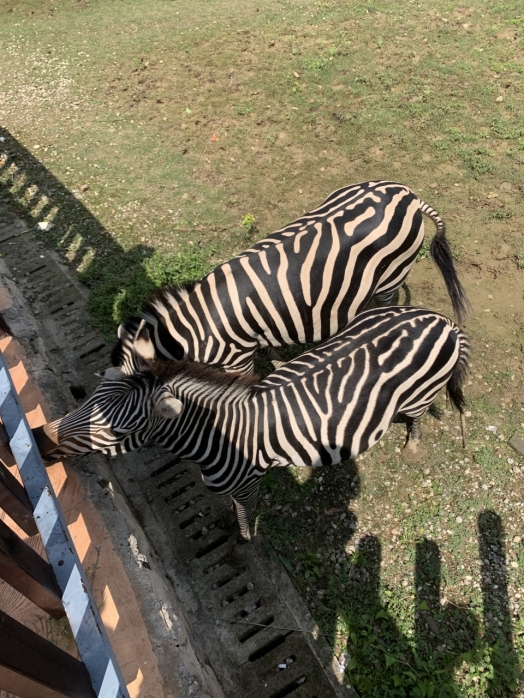 There was something strange inside the zoo: a fun fair with rides for children! Luckily, when Baby A. saw it, he said: “There’s too many people, let’s come back later” and then he forgot about it. 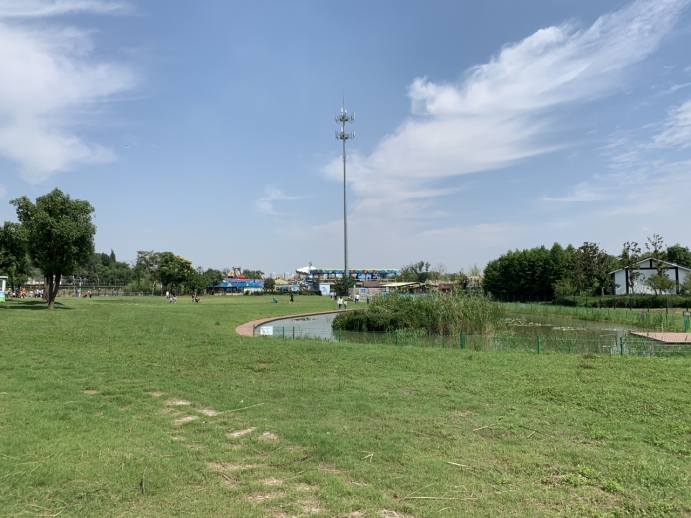 The fun fair in the background.

There was another area of “cute animals”. I found that a bit offensive, aren’t all animals cute? :D But it was probably just a bad translation as the place was like a petting zoo, with goats, rabits and other animals for the children to see up close. 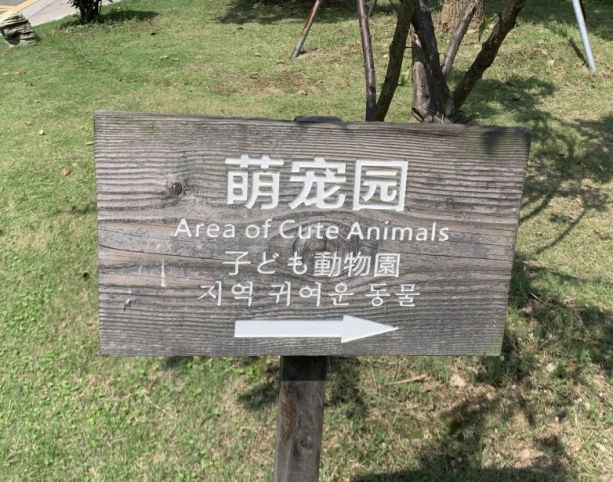 The Suzhou zoo is a great place to spend a day with children! It is quite big so it doesn’t feel crowded and the area itself is beautiful. The zoo’s official name is 上方山森林动物世界, Shangfangshan Forest Animal World and the adult ticket is 60 RMB. The closest subway stop is Shihu Bei (line 3), 2.5 km away from the zoo, but buses 505 and 415 go from the subway stop to nearby the zoo entrance. By car, it’s only 30 minutes from SIP if there’s no traffic.

18 thoughts on “The Suzhou Zoo”