How I met my boyfriend

I met C. in person for the first time exactly two years ago so I think today is a good day to tell the story of how we met. Here it goes.

We could say we met thanks to China Telecom. Does that sound weird? Let me elaborate. Until that moment, my mobile phone was one of those old Nokias; I had bought it in Beijing in 2007 and was still using it as my Chinese phone. But when I moved to Suzhou, to a new apartment all for myself, I went to a China Telecom store to get an internet connection for my home. They offered me a package consisting of broadband internet, satellite tv and mobile phone monthly plan, plus a free smartphone. I had never had a smartphone before; I had been resisting buying one. But there they were, offering one for free. So I took it. 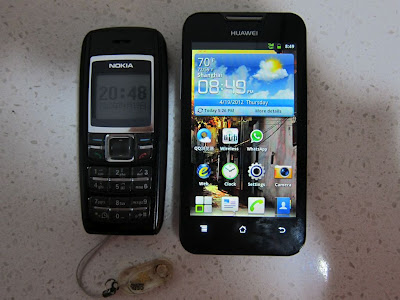 My old phone and the smartphone China Telecom gave me.

Remember that I had just moved to Suzhou. I virtually knew no one here so I downloaded an app that was popular at the time (and according to this website, it still is). The app was called Momo (陌陌) and allowed you to find people close to where you were and chat with them. You could search for men, women, or both, and you would get a list with usernames, pictures and distances from you, starting from the ones who were closer. You could also read a small self-description of the person. Of course, most people used it to flirt. During the few weeks I used the app I got messages from hundreds of guys; some were fine, some were stupid, some didn’t believe I was a foreigner, one guy even called me 剩女 (leftover woman) because I was 27 and wasn’t married. But I didn’t really connect with any of them, and I didn’t get to meet any of them in person. I also tried to look for some girl friends but wasn’t lucky, it seems they were not interested in finding new female friends.

It was a Saturday morning and I was facing another weekend of watching movies and going to the mall alone. I refreshed the Momo app and went way down on the list to look for someone interesting. But how to judge if someone is interesting just based on a picture and a username? I passed over several guys showing off their cars, muscles, ipads and money on their pictures until I saw a picture of a guy playing the guitar. I have always liked music, surely I would have more things to talk about with this guy than with one of those Porsche-owners. And I started talking to him. Yes, you guessed right, it was C.

We spent a few days chatting on Momo. What did we talk about? I don’t really remember. Mainly music and our personal stories. He was going through a difficult moment and I told him we could meet and cry together over both our sad stories. A few days later we met for the first time (it was May 8, 2012). He insisted on coming to my apartment block and pick me up in his car; I was hesitant and didn’t want to get in a car with a stranger. As we had decided to go to an ice cream shop close to my home, I told him we could just walk. But he insisted so I ended up getting in his car (I’m glad he didn’t turn out to be a dangerous guy, haha). I remember I didn’t think he was too handsome or attractive; he was too skinny. He had brought his guitar and sang one song I had recommended him through the app (“I will follow you into the dark”, by Death Cab for Cutie); he had studied it and played and sang it for me.

In the following days we became closer; of course we exchanged phone numbers and stopped using that stupid app. He took me to a Japanese restaurant for our first “date” (we were just friends then); we went once to the karaoke, just the two of us, and spent 3 hours there signing nonstop. One day I wasn’t feeling well, I told him on the phone and he insisted on bringing me some medicines (ha! it was his excuse for coming to my apartment!!). So my little cold was what allowed him to finally come to my flat (he really had been trying for a long time!).

So that is basically the story of how we met. After the first time he came to my apartment his visits became more and more frequent… until he moved here. Now I still like to go to the mall and watch movies on the weekends, but I’m not alone anymore. Ah! And in the last 2 years he has gained at least 8 kg and is much more handsome now! 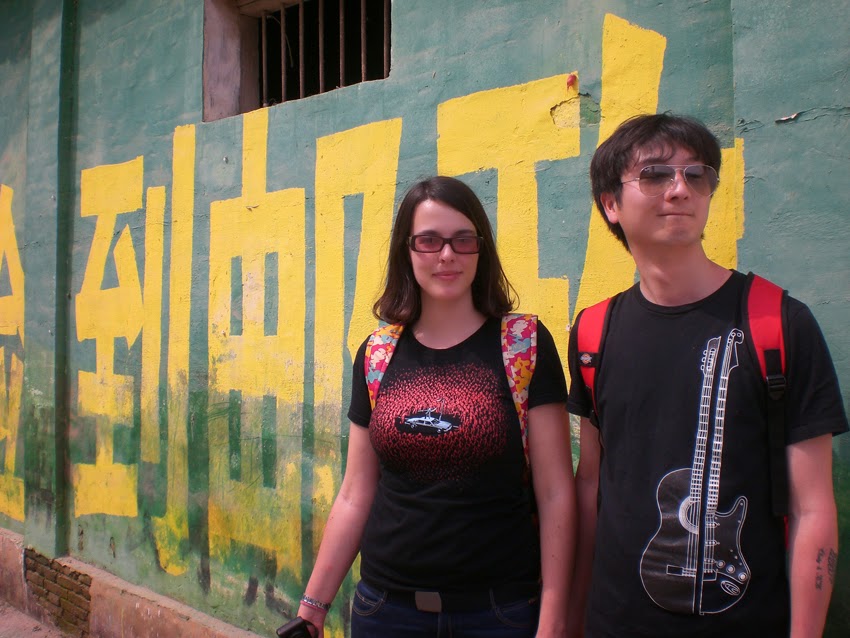 48 thoughts on “How I met my boyfriend”